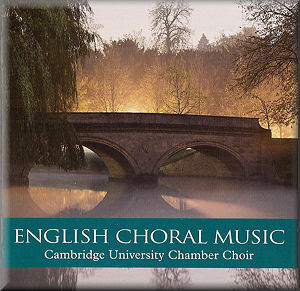 For the second time in recent weeks I have been a little disappointed when a CD arrived on my doorstep. I had glanced at the title of this present offering and was delighted to see that a new recording of A Garland for the Queen was on offer. However, it is in fact a re-issue of an old Gamut CD from the early nineteen-nineties. There is nothing wrong with programme, the performance or the sound quality, however it may catch a few people out. The presentation of the disc and the liner-notes is totally different. The clue, I guess is in the record label – HERITAGE: this suggests old material, re-presented. However, if the CD is sealed, there is nothing to tell the potential purchaser that it is a re-release.
I have long been an enthusiast of A Garland for the Queen, in spite of the fact that it is conventionally regarded as being a generically substandard work from its ‘composer collective’. Perhaps this view is best summed up by Felix Aprahamian writing in the Sunday Times (7 June 1953) ‘Ten distinguished native composers contributing ... have shown happier discrimination in their choice of notes .... those with the best chance of survival are ... the more ... harmonically harmless settings by Bax, Ireland and Vaughan Williams.’
The Garland was commissioned by the Arts Council of Great Britain, to celebrate the Coronation of Her Majesty Queen Elizabeth in 1953. One wonders if that ‘quango’ would be active in anything so ‘establishment’ in our age? The ten poets and ten composers were bidden to create settings for mixed voices. The idea was to craft a 20th century ‘replica’ of the famous The Triumphs of Oriana (1601) which was presented to Queen Elizabeth I. The present series of songs is not a parody of the earlier cycle but it is certainly influenced by it. The madrigal is a creative inspiration for both of these composite pieces.
Interestingly, there is another exemplar, which did not have such an influence and that was the Choral Songs in Honour of Her Majesty Queen Victoria, which were published in 1899 to celebrate that Queen’s eightieth birthday.
Nigel Dodd, writing in the liner-notes for the competing Priory recording of this work suggests that although, ‘the content of many of the poems is forward-looking, the style of several of the songs [music] is much more conservative.’ It is a good summary of the overall effect of this work.
All of these ten songs offer challenges to the singers. The most straightforward would appear to be those by Arnold Bax, Ralph Vaughan Williams and John Ireland. Arthur Bliss has created an appropriately fresh opening number with his ‘Aubade’, whilst the deeper sentiment of Edmund Rubbra’s ‘Salutation’ brings the sequence to a fitting conclusion. Listeners may detect the influence of Henry Purcell in Michael Tippett’s offering, ‘Dance, Clarion Air’. I believe that Lennox Berkeley’s ‘Spring at this Hour’ and Herbert Howells’ ‘Inheritance’ are the most complex from a harmonic point of view. Finzi’s contribution is well summed up by Ivor Keys: “Now the white-flowering days, the long days of blue and golden light, wake nature’s music round the land’, and Finzi is the man to fit the words not only technically like a glove, but in mood, enlivened by some quintuple rhythm and surprising modulation, of mellowed rejoicing in ‘Old England of the Shires.’” Finally, Alan Rawsthorne’s ‘Canzonet’ to words by Louis MacNeice is the most challenging and forward-looking of all these songs.
My personal favourite is John Ireland’s gorgeous ‘The Hills’ to a text by James Kirkup. This has convincingly survived the ‘changes and chances’ of the succeeding 58 years.
One of the most fascinating exercises when considering the ‘Garland’ is to wonder at who was ‘missed out’. Why no contribution from Malcolm Arnold, William Alwyn, Benjamin Britten, Armstrong Gibbs, John Gardner, Elizabeth Maconchy, and William Walton ... the listener can add their own? Maybe some were asked and refused? It may be a tale waiting to be told.
Finally, out of interest the poets are Henry Reed, Clifford Bax, Christopher Fry, Ursula Wood, Paul Dehn, James Kirkup, Walter de la Mare, Edmund Blunden, Louis MacNeice and Christopher Hassall respectively. This information is given in the liner-notes, but not in the track-listings.

Ad majorem Dei gloriam was one of the first works that Benjamin Britten began after arriving in America in June 1939. It is a setting of seven of Gerard Manley Hopkins’s poems and was composed during August of that year. It was dedicated to Peter Pears and his Round Table Singers. Due to the outbreak of the Second World War, the premiere was abandoned, and the work was laid aside. After Britten’s death in 1976, the score was returned to Aldeburgh and was finally performed in 1984.
The seven poems set by Britten are Prayer I (‘Jesus that dost in Mary Dwell’), ‘Rosa Mystica', ‘God’s Grandeur', Prayer II (‘Thee God, I come from, to thee I go’), ‘O Deus, ego amo te’, ‘The Soldier’ and ‘Heaven-Haven’.
The music is in a trajectory from A Boy Was Born, although Britten balances the complexity of his setting of ‘God’s Grandeur’ with a much simpler texture in ‘Heaven-haven’ and ‘Thee God, I come from, to thee I go’. However, the entire set is demanding for singers: the sheer variety of the texture, the considerable vocal range and the complex rhythms make it a virtuosic tour de force.
I have never really got my head around Britten’s Sacred and Profane. For some reason, it just does not ‘do’ for me. However I recognise that it is a great work that deserves its place in the repertoire. Its technical difficulty precludes it being regularly performed. Sacred and Profane was dedicated to the Wilbye Consort and was duly given its first performance at Aldeburgh on 14 September 1975, which was the year before the composer’s death. The programme notes rightly point out that this is a ‘cyclic’ setting of eight medieval lyrics. The corollary of this is that they have to be performed as a whole and cannot, with any artistic justification, be excerpted.
This is a virtuosic piece that challenges performers to the limit. The five-part chorus explores a wide variety of moods and emotions and melodic and harmonic devices. The work is a contrast between the sacred and secular and musically between consonance and strikingly effective dissonances. However, these distinctions are often blurred. I suggest that any listener discover the texts and read them before listening as without them the words are barely understandable to any but a medieval scholar. They can be found in the liner-notes for the competing Chandos recording webpage.
I was disappointed that Heritage did not print the texts of these works: they were given in the 1991 edition of this recording, so it cannot be a copyright issue. Secondly the liner-notes have been ‘dumbed down’ with a few ‘adequate’ notes by an anonymous author replacing an excellent and highly informative essay on the ‘Garland’ by Clive Bartlett. The notes about the choir have contracted and have not been rewritten, in spite of the fact that twenty years have elapsed since it was originally penned. Even the director of music has curtailed his name from Timothy to Tim!
However, this being said, the quality of the performance is second to none, the Cambridge University Chamber Choir being capable of dealing with the various styles and complexities of the programme.