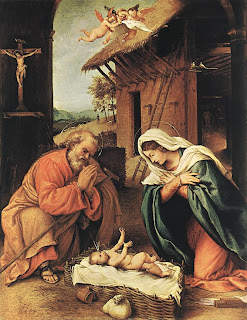 I recently heard Samuel Coleridge-Taylor’s Christmas Overture, and was impressed. OK, I do not rate it at the same level as his glorious Violin Concerto, his excellent Symphony in A minor or even his best-known work the oratorio trilogy Hiawatha.
History does not seem to relate if the Overture was actually ‘conceived’ by Coleridge Taylor. However, it was definitely orchestrated by a ‘popular’ composer called Sydney Baynes, who is best remembered for his Destiny Waltz. As I understand it, Coleridge-Taylor’s music was originally conceived as incidental music for a ‘charming poetical fairy drama’ by Alfred Noyes -The Forest of Wild Thyme. Sir Beerbohm Tree had commissioned the music. Unfortunately the play was abandoned, apparently owing to a great similarity between it and Maeterlinck’s Blue Bird. Some of the enormous amount of music which Coleridge Taylor had written was reused in other works but the majority remained in manuscript. Realised works included the Three Dream Dances for piano, Scenes from an Imaginary Ballet Op.74 and finally an Intermezzo for orchestra.

It would be easy to write this Overture off as a ‘pot-pourri’ of Christmas tunes but even a cursory hearing shows a work that is well wrought and having a sense of purpose and consistency. In site of the occasional nod to Sir Arthur Sullivan and possibly Sir Edward German, this work has a deal of original material and is not all related to Christmas carols. However, look out for a good workout of Good King Wenceslas, Hark the Herald Angels and God rest you, merry gentlemen.

Alas, the reviewer in The Musical Times Jan 1 1927 suggests that the overture, “...may please uncritical family circles at this season of the year, but it is a very weak piece of work…”
But perhaps slightly less damning is the critic in The Gramophone. He writes that Coleridge-Taylor's “Christmas is a right merry one, with Good King W., Hark the Herald, the bells, and country dancing. I see that he is said to have used in this and other pieces some of the music he wrote for Noyes' play, The Forest of Wild Thyme, intended for production in 1910, and not performed. There is not much in the overture save a gathering of tunes and a sparkle of Christmas-tree spangles, but it would go down well after dinner”. [Gramophone December 1932 p22 f]
However, I feel that this is largely negative posturing. The music is good well written music and the orchestration is full of seasonal colouring and certainly fulfils its festive expectations.