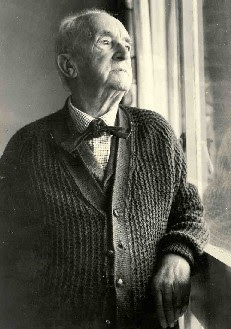 I have inspected the new edition of Malcolm MacDonald’s massive anthology of Havergal Brian’s writings -Havergal Brian on Music Volume 2 -European and American Music in his Time’ in Foyle’s bookshop. It is a worthy companion to the first volume containing virtually all the articles and reviews that the composer wrote about British Music and composers.

The promotional blurb describes this book as being '457 pages of Brian’s journalism, which shows unusual understanding for the time. In these 160+ items, dating from 1907–46, he writes perceptively on a wide range of his contemporaries, chief among them Mahler, Strauss, Schoenberg, but also Bartók, Berg, Busoni, Debussy, Dohnányi, Dukas, Glazunov, Grieg, Hindemith, Kilpinen, Lehár, Messager, Puccini, Rachmaninov, Ravel, Respighi, Shostakovich, Sibelius, Sousa, Stravinsky, Szymanowski, Tailleferre and Varese, as well as less well known figures such as Bungert, Geloso and Kienzl.
Malcolm MacDonald’s introductions and annotations provide the background to each piece and cast light on Brian’s more obscure references. The book is available direct from the publisher, Toccata Press where a special offer also bundles it with Vol. 1, ‘British Music’.
It is a book I hope to be adding to my collection in the near future, in spite of the fact that it is not about British music!
Another exciting event in the Havergal Brian world is the release of a CD of his orchestral music. This is the first volume of a proposed series –at least a second volume has been announced. Toccata Classics write that ‘this spring [they] will release the first of two new recordings of Havergal Brian’s orchestral music made by Garry Walker and the BBC Scottish Symphony Orchestra in Glasgow this past summer. The works range from Brian’s first surviving orchestral score, the Burlesque Variations on an Original Theme of 1903, to the second-last work he composed, the ‘Legend’ Ave atque vale, written in 1968, when Brian was 92 – and a work bursting with defiant energy. The CD, catalogue number TOCC 0110, will be announced on the Toccata Classics website in a few weeks. The second volume (TOCC 0113), scheduled for autumn 2010, contains orchestral excerpts from Brian’s operas, chief among them the nine-movement suite from Turandot.’
I am hoping that they may (at some stage) rework some of the ground from the problematic Campion recording of the Early Works.
Posted by John France at 06:00